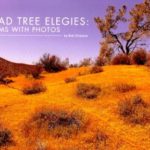 Dead Tree Elegies: New Vision for a Changed World
Thirty poems with color photos of trees and landscapes in the lower Sierra reacting to climate change. The trees speak their minds. 8.5 x 11, signed, with introduction, Island View Media, 2019.
Price: $30, plus 7.75% tax and $7.75 shipping in USA. 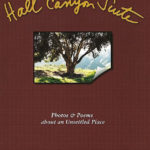 Hall Canyon Suite: Photos and Poems about a Disturbed Place
Thirty photo-poems on the Ventura Hills as teachers of uncommon truths—that new sorts of beauty inhabit even afflicted ground. Explores an aesthetic of appreciating the hills as they are, neither idealized nor ruined, but enduring all sorts of insults. Each page originally published in issues of ART/LIFE Limited Editions. 8.5 x 11, signed, 63 color photo-pages, Island View Media 2000, rev Toxic Coyote Press, 2014.
Price: $40.00, plus 7.75% tax and $7.75 shipping in USA. 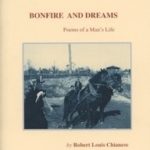 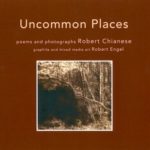 Uncommon Places: poems and photos with art by Robert Engel
Seventeen poems about various disturbed places that lead one to examine our impacts on them. With art by Robert Engel, and photos by the author. 10.5 x 8.25, signed, fifty-six pages, perfect bound, plus soft cover and fine paper. An edition of 150 numbered copies.
Price: $25, plus 7.75% tax and $7.75 shipping in USA. 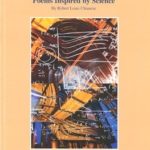 Illuminations: Poems Inspired by Science
Thirty-three poems reflecting on science, from cosmology to biology. A humanities poet tries to figure out how the world works. 7 x 10, signed, 17 color plates by various artists and 16 photographs by the author. Toxic Coyote Press, 2016.
Price: $35, plus 7.75% tax and $7.75 shipping in USA. 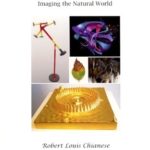 Art Inspired by Science
Commentaries on thirty-five science-based art works in a cooperative project between the Schneider Museum of Art, Ashland, OR, and the American Association for the Advancement of Science, Pacific Div. Proceedings of the AAAS, PD Vol. 29 Part 2. 6.5 x 9.5, signed, 35 color plates, Valley Web Press, 2012.
Price: $15.00, plus 7.75% tax and $7.75 shipping in USA. 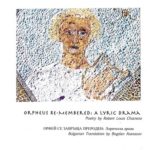 Orpheus Re-Membered: Or, the Lyre and the Briefcase. An Eco-Drama. A verse drama that updates the mythic Orpheus and Eurydice story. The dismembered poet Orpheus get restored and pledges that his poetic art will help restore the planet rather than lament an individual’s fate. This eco-drama of Orpheus, a key figure in very early mythology from Thrace, now Bulgaria, is translated into Bulgarian by Bogdan Atanasov. 8.2 x 9.5, signed, with Introduction and Afterword, Island View Media, 2008.
Price: $10, plus 7.75% tax and $7.75 shipping in USA. 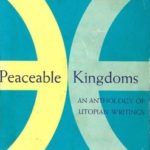