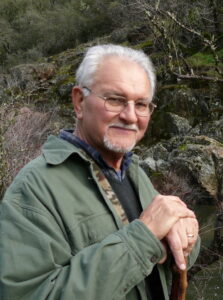 He developed numerous interdisciplinary courses, linking literature and the humanities with areas such as history, art, sociology, psychology, ecology, religious studies, and philosophy.  He was awarded the university-wide Outstanding Faculty Award in 2003. He was a founding faculty of what would become California State University Channel Islands.

Chianese won three Fulbright scholar awards, to Plovdiv Bulgaria and Shanghai China, teaching environmental literature and is a Fulbright Senior Specialist. He taught in CSUN’s London Semester and has lectured in Austria and at various universities in China.

He won a Mitchell Prize for Sustainable Strategies for the Future in 1979. He has developed student assessment materials through a Rand Corporation project.

Over the last fifteen years he has organized symposia linking literature and the arts with science at the annual meetings of the hundred-year-old American Association for the Advancement of Science, Pacific Division. He is the only non-scientist President of this organization. He co-curated an exhibition of  “Art Inspired by Science” in 2010, and in 2012 the AAAS-PD published his book Art Inspired by Science, interpreting the works in the exhibit.

Chianese has published scholarly articles, advocacy essays, and numerous poems, which he often illustrates. He publishes book-length collections of his poetry often with original photographs and the work of local artists. He is a columnist for the American Scientist magazine.

Originally from Trenton, New Jersey, Chianese (b. 1942) lives in Ventura, California with Paula, his partner since 1964; they have two children and four grandchildren. He is an active volunteer in environmental and arts organizations.

You can visit two other of his websites:

Cruel Season presents his and others’ works in a fire and drought art exhibit at Museum of Ventura County  : https://rlchianese.wixsite.com/cruelseason